How to mushroom in Bulgaria. The store vs the forest? 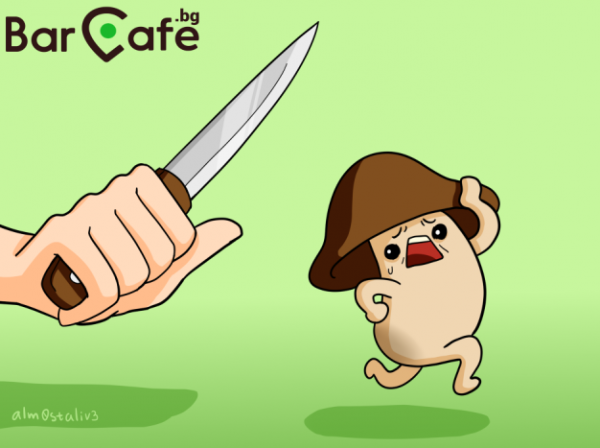 Mushrooms are quite often found in the composition of dishes from the Bulgarian cuisine. In addition, the menu of numerous Italian restaurants, which are so popular in the cities of Bulgaria, cannot be imagined without pizza fungi or mushroom risotto.

What mushrooms are sold in stores in Bulgaria

Mushrooms can always be bought in the store - fresh, frozen, canned and dried. Basically, those that are grown on special mushroom plantations in farms, which in Bulgaria every year becomes more and more. Cultivated kinds of mushrooms are considered safe, have certificates of origin and quality. It is a pity that in stores the range of mushrooms is limited to only 2-3 kinds. Forest mushrooms can only be found frozen or dried.

In this article, we invite you to find out how your favorite mushrooms, which you may have picked and know how to cook tasty, are called in Bulgarian.

A little about the prices of mushrooms in stores. A kilogram of champignons or portabello costs 4-5 BGN, oyster mushrooms - 6-13 BGN, shiitake - 20-25 BGN. A half-liter can of marinated golden needle mushrooms is 4-8 BGN, 25-30 grams of dried chanterelles, penny bun mushrooms or a mixture of forest mushrooms - from 5 leva. Truffles are almost never sold in the store, but you can also buy them. The cost directly from the manufacturer - from 200 leva per kg.

What wild-growing mushrooms are picked in Bulgaria

In total in Bulgaria there are more than 1,700 species of wild-growing representatives of the kingdom of fungi that live in forests, in meadows and on mountain slopes. About 100 species of them are recognized as edible and are the subject of so-called "quiet" hunting. Going mushroom, it will be useful to know that:

• It is better to collect mushrooms known to you than those that you have not yet met.

• Gathering mushrooms is allowed for personal use only. Excessive quantities of collected mushrooms cause irreparable damage to the entire population.

• According to the law of Bulgaria, the collection of mushrooms and herbs for the purpose of sale is a certified activity and is subject to taxation. Only certain types of edible mushrooms are allowed to be sold.

• It is difficult for an inexperienced mushroom picker to distinguish an edible mushroom from its poisonous twin. And deadly poisonous mushrooms are also a lot here.

• Some types of edible mushrooms are listed in the Red Book of Bulgaria and it is prohibited by law to collect them. In addition, it is forbidden to collect any mushrooms in the national nature reserves.

• The type of hallucinogenic mushrooms Psilocybe semilanceata that is widespread in the mountains of Bulgaria contains substances prohibited for sale and distribution in EU countries.

When ordering dishes from restaurants in Bulgaria, be sure that their mushrooms are purchased in supermarkets, farms or from certified mushroom pickers. We wish you bon appetite as always!