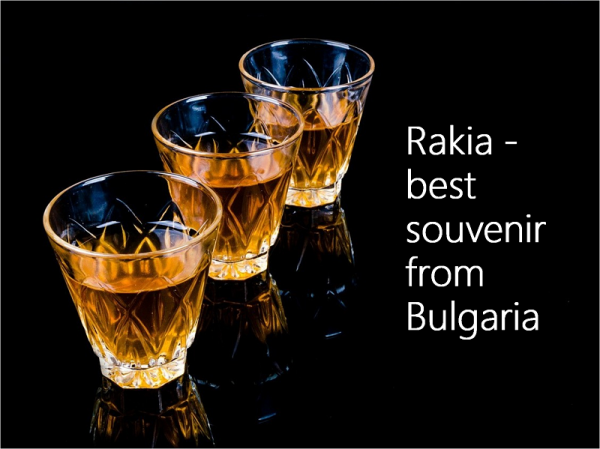 What is this drink made from? Is it possible to make this Bulgarian miracle at home? What kinds of rakia are sold in shops and restaurants in Bulgaria and how much does it cost?

Rakia is the most popular strong alcoholic drink in the Balkans. In Bulgaria, it’s an essential attribute of every feast and has the status of a national product.

Bulgarian rakia has a distinctive aroma and taste and can be compared with Italian grappa, Mexican tequila, Japanese sake, American brandy and, of course, Russian samogon.

Origin of the word

The word "rakia" comes from the Turkish "raki", which, in turn, has Arabic roots and is derived from the word "arak".

Many Bulgarian words are invented to refer to objects, people and processes related to the production of the drink.

Rakidzhiynitsa - place where rakia is made

Jibri - grape pomace from which rakia is made

Other words that are used in western Bulgaria:

And while in the central regions the process of making rakia is called “boiling”, on the west it’s referred to as “baking”.

The necessary ingredients are water, sugar and fruits, the quality of which determines the characteristics of the finished product. In addition, grape wine can be added to the mix, and its’ quality also affects the taste and aroma of the future rakia. 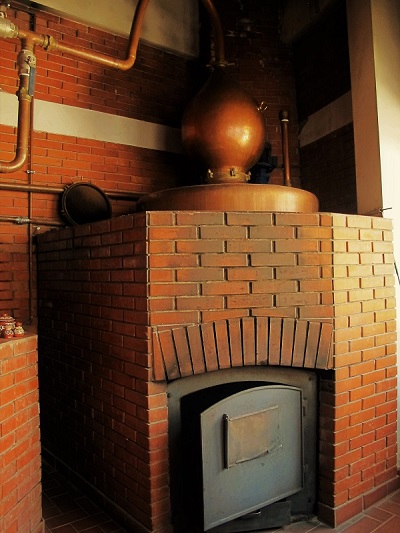 It’s usually made of copper. Raw materials are placed in a cauldron, heated over a fire, evaporated and cooled with cold water. The prepared liquid is stored in oak barrels. The longer the spirit is stored in a barrel, the better it becomes. In Bulgarian aged rakia is called “otlezhala”.

The strength of the resulting drink reaches 50-60 %. In industrial production, the alcohol content usually doesn’t exceed 40%.

Colorless at the beginning, the liquid can take on various shades from yellowish to light brown, depending on the aging time in oak barrels and the addition of various spices.

Types of rakia in Bulgaria

It’s not only grapes that are being used for the production of the spirit in Bulgaria. For example, plum rakia is also very popular. In addition to that, apricots, pears, apples, cherries, quinces and even oil-bearing roses, which are grown in the central regions of Bulgaria, can be used.

What rakia can be found in Bulgarian shops? What rakia is served in the restaurants?

The manufacturer can improve the taste of a finished drink with the following additives: lemon, nuts, honey, herbs and spices, such as anise or hot pepper. This information will also be indicated on the label.

How to drink rakia? Rakia is an excellent aperitif and is served in small glasses just before eating. In summer time it’s cooled or served at room temperature. In winter Bulgarians drink rakia heated on fire in a special copper vessel. The drink is seasoned with cinnamon, orange zest and other spices.

Bulgarians are sure that good rakia is also a medicine that has a refreshing and analgesic effect. The Bulgarian Academy of Sciences recommends daily evening intake of 50 grams of rakia for the prevention of diseases of the gastrointestinal tract, migraines, better blood circulation and heart health. Rakia is always present at the festive table in Bulgarian families and is obligatory in the menu of restaurants serving national Bulgarian cuisine.

Famous brands and prices in restaurants and shops

Dozens of large and small wineries in Bulgaria also produce rakia, as they use the same raw materials for this. Not all of them, of course, have their rakia for sale in stores. However, in any supermarket you can find at least ten to fifteen brands of this spirit from different manufacturers.

The most famous manufacturers of rakia and their brands:

In a restaurant, a 50 gram serving of beverage costs from about 1 euro.

While on vacation in Bulgaria, be sure to try rakia and bring it as a souvenir to your friends. Cheers!

Bulgarian meat delicacies or what to eat when drinking rakia

Meat and meat dishes in the Bulgarian menu. Vegetarians, close your eyes!

Winter holidays in Bulgaria. February 14 - Trifon Zarezan. The day for everyone who is in love... with wine