Kardzhali Lake - silence and coolness away from the noisy sea coast 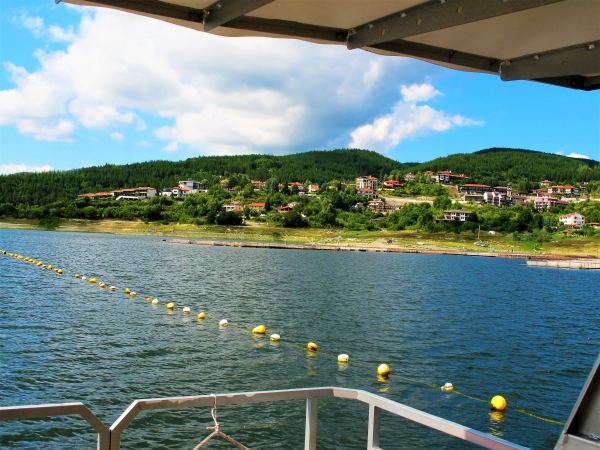 Holidays on a lake in southern Bulgaria. How to get to Kardzhali from Burgas? How is freshwater fish grown in Bulgaria? Hotels and restaurants on Lake Kardzhali.

In the summer, the calm and usual life of coastal cities and resort towns is interrupted by a large flow of tourists. The beaches and restaurants are filled with loud and diverse public. And, except for those working in the tourism industry, many people want to get away from the sea and find themselves in a quiet and beautiful place, of which there are a lot in the center of the country.

In this article we will talk about the opportunity to relax on the shores of the Kardzhali reservoir, which is located in southern Bulgaria, in the region of the same name, near the regional center - the city of Kardzhali.

A little history and general info

The name of the city and the reservoir comes from the name of the ancient Ottoman settlement, which was named in honor of the Turkish military commander Kardzha Ali, who died in battle during the Ottoman campaign in the Rhodope Mountains (approximately 1360-1370 AD). The city accommodates a large Turkish diaspora in Bulgaria. The population of the city - only about 45,000 people - consists of 60% Turks who have long lived in this territory and consider Bulgaria their homeland.

A large river Arda flows through the city, on which in the middle of the 20th century a concrete dam was erected (wall height 103.5 m.) and a hydroelectric power station was built. Thus, the first artificial lake (in Bulgarian “yazovir”) appeared from the cascade of reservoirs on the Arda River (the other two are Ivaylovgrad and Studen Kladenets). The dam is a protected facility - access to it is limited, photo and video shooting are prohibited. The main purpose of the dam and lake is the generation of electricity, water supply to the region and fish farming.

The way from Burgas to Kardzhali

The easiest way to get to the reservoir is by car. From Burgas along Trakia motorway to the city of Stara Zagora, then through Dimitrovgrad and Haskovo - the whole way is only about 270 km. If you travel by public transport, then there are 2 options. One of them is the Burgas-Kardzhali bus, which leaves from the Burgas West bus station 2 times a day. Travel time is 4 hours 30 minutes. The cost of a one-way ticket is 23-25 ​​leva. The second option - for those who cannot tolerate long bus trips - is to reach Stara Zagora by train and then transfer to the bus to Kardzhali. Trains from Burgas to Stara Zagora run several times a day. Schedule and ticket prices can be found here. The bus station in Stara Zagora is located next to the railway station. Buses to Kardzhali leave at 13:00 and at 17:00. Ticket price is 10 leva, travel time is 2 hours 30 minutes.

If you have enough time between arriving in Stara Zagora and leaving for Kardzhali, we recommend you have breakfast or lunch at the Trayana restaurant (at the Trayana hotel), not far from the bus station. A cozy summer terrace, good prices and friendly staff will make your trip more enjoyable. 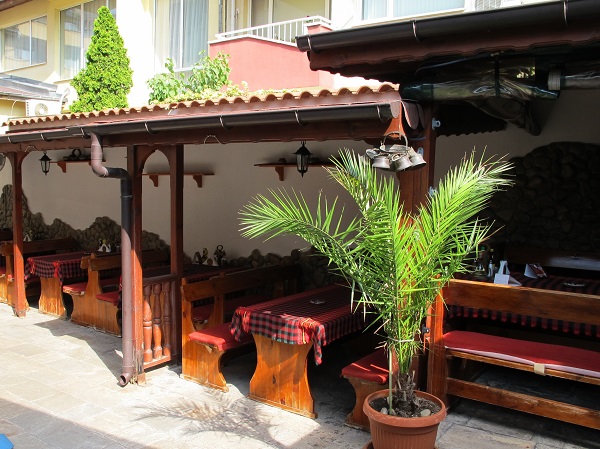 It should be noted that arrival at the Kardzhali bus station does not mean the end of the trip. You need to take a taxi to the shore of the lake, the cost of the trip is 7-10 leva, travel time is 10-15 minutes. Taxi drivers at the bus station, of course, know the way to any hotel on the lake.

On the lake of Kardzhali itself

On the shore of the lake there are 2 villages, in the vicinity of which there are hotels and guest houses - Glavatartsi and Enchets. 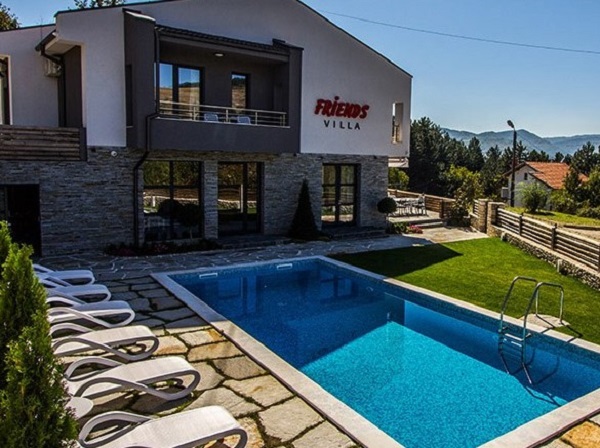 Most hotels in the village of Glavatartsi are located in close proximity to the lake. On the shore there is a small beach for those who want to plunge into the fresh lake water, which in the middle of summer is quite warm. Almost every hotel has a pool and a restaurant, or even several of those. The largest and most popular hotels are the SPA Hotel Rocca and the Glavatartsi complex. In the summer season, especially at weekends, they are full of people, so we recommend booking in advance. Cost of living in Glavatartsi - from 90 BGN per night in a double room.

Near the village of Enchets, on the hilly shores of the lake, surrounded by pines, birches and fruit trees, there are also small family hotels - Friends Villa & Bungalows, Villa Romantika, guest house Panorama. (price for a night stay from BGN 50 per double room). The first 2 are 200 meters from the shore, and to get to the lake, you need to overcome a rather steep descent (and, eventually, the climb in the opposite direction). In addition to restaurants, these hotels have barbecue areas and kitchenettes where you can prepare your own food. Vacationers, however, can also eat in two floating restaurant ships by the lake bank.

The restaurants Moby Dick and Emona have an extensive fish menu, and also prepare traditional Bulgarian dishes. The cost of salads is 5-8 leva, the cost of a portion of freshly prepared fish - carp, trout or sturgeon - from 8 up to 40 leva (depending on the type). The cost of drinks is comparable to those in the restaurants on the Black Sea coast. Each restaurant has its own branded motor boat, which will take you on a trip around the lake. The cost of a half-hour lake tour is 40-45 BGN.

During a boat trip along the lake, in addition to the breathtaking panorama of forest-covered shores, you will see fish farms - pools in which carps, trout and sturgeons are bred. It’s noteworthy that the cultivation of one sturgeon until the age when the female can lay eggs lasts as long as 9 years. During its life (from 9 to 25 years), an adult female is capable of spawning only 3-4 times, with a frequency of once every several years. In the fisheries, you can purchase a live fish, which can be prepared in the kitchen of your hotel. 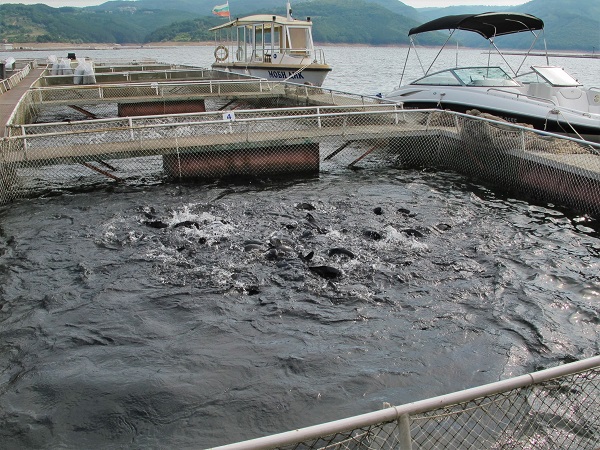 In the evening, if it seems to you that entertainment at your hotel is not enough, take a taxi to Kardzhali. For your convenience, we publish a list of places to visit in the city, including restaurants, bars, nightclubs and casinos.

Have a nice vacation!

7 reservoirs in Bulgaria, which are worth seeing: fishing, meditation, gorgeous photos