Income from tourism in Bulgaria had reached record levels 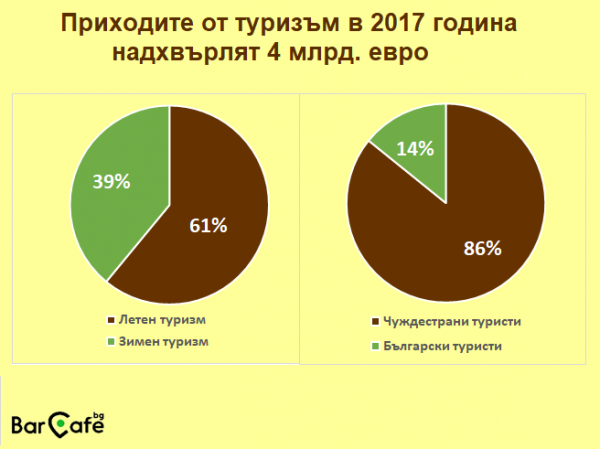 The largest item of expenditure for visitors is food and it is 30% of total spending, or more than 1 billion euros. Domestic tourism had provided about 583 million euros.

Traditionally, income from summer tourism was higher than from winter - 61% against 39%.

How many foreigners visited Bulgaria in 2018