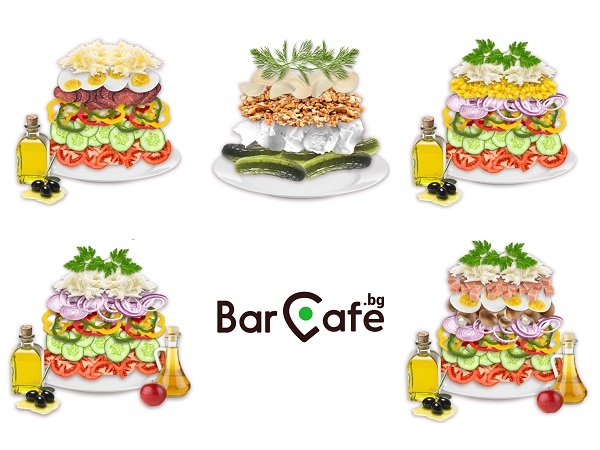 What salads are most often found in Bulgarian restaurants’ menus? Where do Shopska salad’s name and recipe come from? Most popular Bulgarian vegetable salads’ recipes

It may seem strange to you, but the recipes for all the salads listed below in Bulgaria were invented in the 1950-70s, when the country became a popular destination for tourists from the Soviet Union and the Warsaw Pact countries. The state association "Balkanturist" - the first and oldest tourist operator in Bulgaria - initiated the creation of many recipes for modern Bulgarian cuisine, which appealed to tourists and locals and became national culinary symbols. When the recipes had been approved, they quickly spread among hotel and resort restaurants, where foreign guests were gladly consuming them.

Since in the 20th century tourists mainly were coming to Bulgaria in summer, most salads were based on the most popular and easily accessible summer vegetables - cucumbers, tomatoes, onions and bell peppers.

In this article we are publishing recipes for the 5 most popular Bulgarian salads that have stood the test of time (some are already 50-70 years old) and still remain hits on the menu of many places in cities, villages, and resorts of the country.

1. The most favorite salad in Bulgaria is Shopska Salata. Its name comes from the words “shop” - the name of the native farmers of Western Bulgaria. 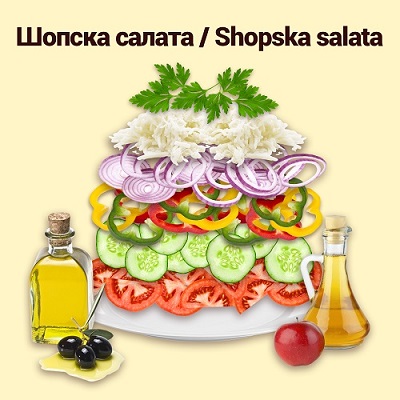 In a restaurant you will never be served a seasoned and mixed salad. It is believed that the guests should do it themselves to their liking. That is why you will always find vinegar, olive oil, salt and pepper on the table.

2. Salatа Snezhanka or Milk salad (Mlechna Salata) - the second most popular salad in Bulgaria, which is also called dry tarator. The dish is well stored in refrigerators and therefore is sold in supermarkets and food stores.

In this salad, cucumbers, garlic and walnuts need to be finely chopped or grated and mixed with yogurt to get a uniform thick white mass that can be spread on freshly baked bread.

3. Shepherd's Salad (Ovcharska Salata) - in fact, this is a modification of Shopska salad, which was invented for those who want a more filling meal. 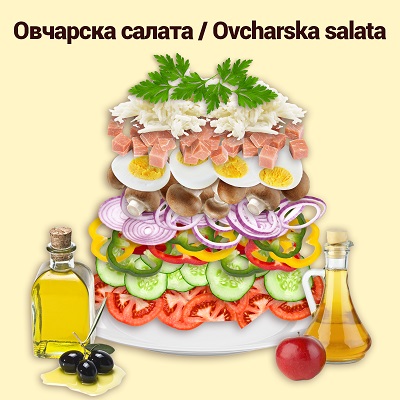 4. Harvester’s Salad (Zhatvarska Salata) is named after the reapers - farmers reaping the fruits of their labor. This is a light summer-autumn salad. 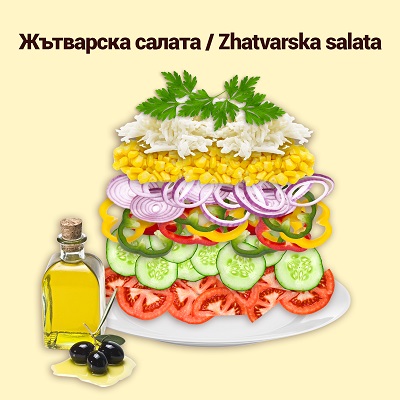 Traditionally, this recipe does not contain any dressing, however, a little sour cream, mayonnaise or Bulgarian yogurt will certainly improve its taste.

5. And finally, Nobleman’s salad (Bolyarska Salata), which is the richest and most nutritious in composition and therefore has the corresponding name. 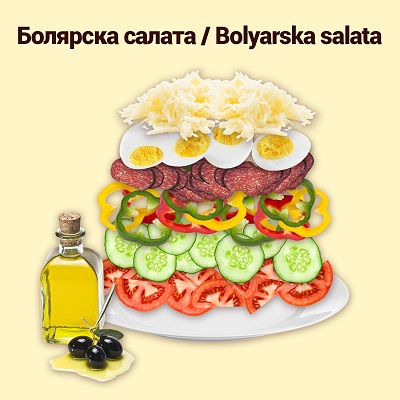 While on vacation in Bulgaria, you can try these salads in restaurants that offer national cuisine, in coastal bistros, in rural taverns or visiting your Bulgarian friends. Their cost in a restaurant is usually not high - about 6-8 BGN per serving. Each of these salads will undoubtedly be great as an appetizer to a glass of local wine or brandy, and in summer it will perfectly compliment a dinner with a cold beer.

What are the Bulgarian words for the vegetables, greens and spices in the dishes that you try in a restaurant?